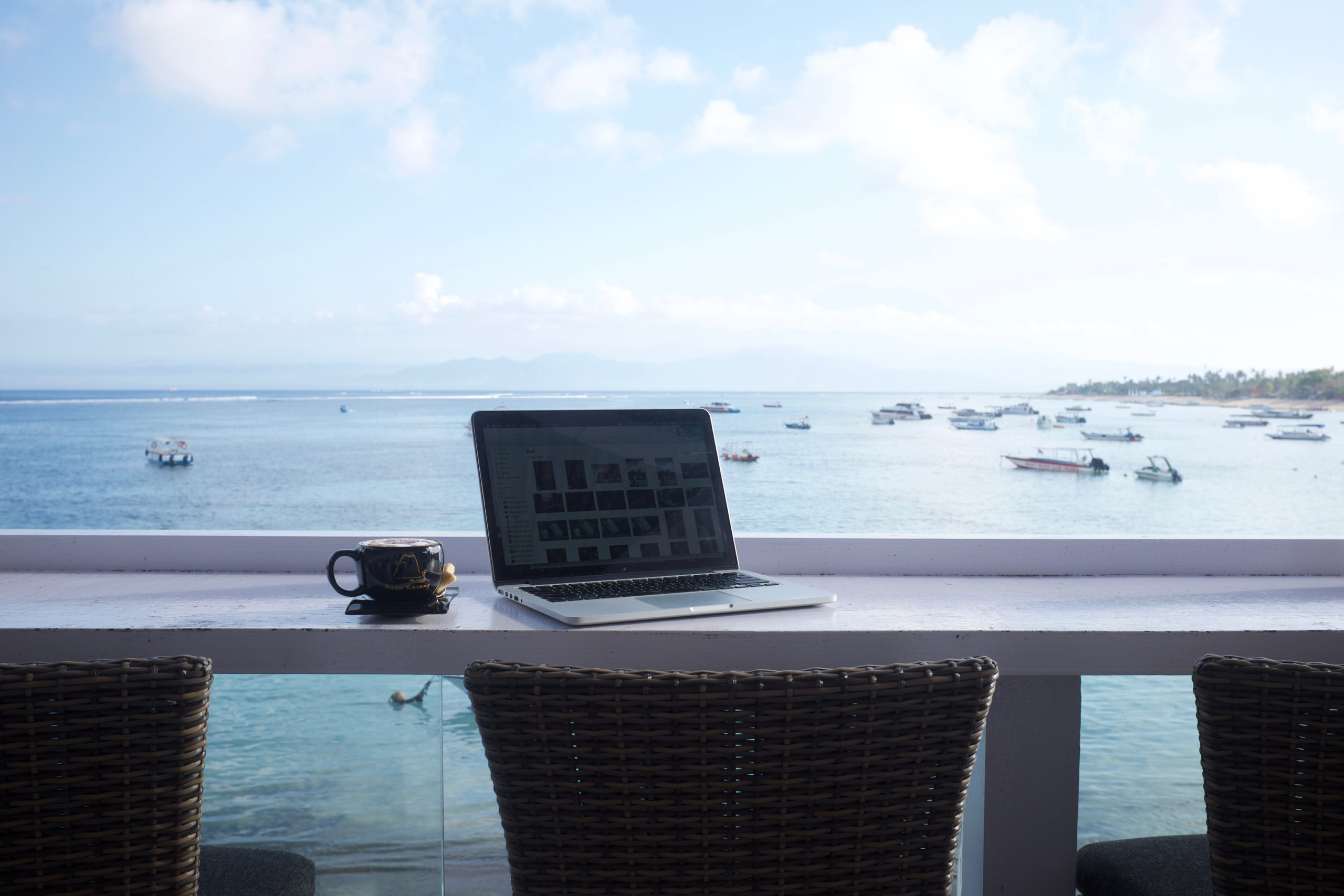 WFH – the 3 letter acronym for “work from home” that almost had no meaning 3 months ago, yet is now common lexicon.

CEOs and founders will be facing challenging decisions in the coming weeks and months regarding if, when, and how they reopen their offices and how they structure their teams moving forward. This has certainly been on the minds of a number of our portfolio leaders, and in the past few weeks, Facebook made headlines for announcing that up to 50% of its workforce would be remote in 5 to 10 years, Google told all employees that can work remotely to plan on doing so through to 2021, and Twitter went a step further in telling employees they can work from home indefinitely. At the same time, other companies have begun to reopen their offices and encourage employees to return – Apple being one of those.

We – Tom and Nick – found ourselves on a call recently which tracked itself toward a healthy debate on the future of work and the benefits and costs of a remote work model. We decided to settle the score with what you see here – a two-part piece that presents the for and against arguments on remote work. We hope you enjoy!

The Argument for Remote Work (by Tom)

The concept of the “Future of Work” was already in common parlance pre-COVID. Now, in our post-pandemic world, it is almost awkward when the phrase doesn’t come up in a founder pitch.

The concept is a somewhat vague and encapsulates a number of things – the changing nature of communication (Zoom, Slack), new methods for collaboration (Jira, Notion), an emerging gig and freelancer economy underscored by new marketplace models (Uber, Instacart), and, inevitably the rise of remote work, amongst other things.

While for many of us, remote work has been underscored by the pandemic, the reality is that its trend was well underway pre-COVID. Many people view COVID through a lens of disruption and commonly ask, “when will things return to normal?”. Others, myself included, view COVID through a lens of acceleration, and rather tend to ask “what will be the new normal?”. COVID has not created telemedicine, on-demand fitness, remote collaboration, online education, etc, it has simply doubled down on it, and so too with remote work.

In 2018, 5% of total US workers worked from home, up from 4% in 2010. If you remove those working in agriculture and mining, construction, manufacturing, retail or transport and warehousing — industries in which workers would likely be required to be in person — then this increases to about 7.7% (up from 6.6%). While this is not a trend moving at mach speed, it is a trend nonetheless, and there are also other studies that suggest the growth has been greater than this.

So why does the shift to remote work make sense?

The most obvious and timely point to make here in a world defined by 6 foot social distancing is that offices are a petri dish for illness. If COVID has taught us one thing, it’s that there is a high correlation between risk of illness and social density. And this is not simply about pandemics; think back to how every flu season would wreak carnage through the office. How every sneeze, cough, and stomach bug would wipe out half the team. According to a survey Indeed ran in 2018, 50% of remote employees said working from home reduced their sick days and 56% said it reduced their absences ?.

There is also a lot of evidence to suggest that cutting out the work commute is good for one’s health. First, and to state the obvious, less commuting equals less traffic accidents. Second, in many studies (including one recently at UCLA and CSULB) researchers found that vehicle-miles traveled has the highest correlation to obesity of all lifestyle factors, including physical activity ?‍♀️. Finally, reducing commuting time frees up more time for exercise, and remote workers workout on average for 18% longer per week than commuters.

Every day, 151 million Americans commute to work. The average commute is 26.6 minutes, which factoring for both routes, equates to almost 1 hour every day, 4.5 hours per week, and 213 hours per year, simply moving between home and office. For many, it’s even worse – one in 6 workers commutes over 45 minutes each way per day.

And this has been gradually getting worse – the average commute in 2010 was 25.2 minutes. Population growth, especially in the biggest cities, is surely not helping as anyone who lives in Oakland and works in San Francisco proper will tell you ?.

Giving this time back to employees is huge. A March 2020 survey by Airtasker found that,

But it is not only the commute time that is saved through remote work, there is also the time lost to office “distractions”. Forging relationships with colleagues is very important, but the average office worker spends 66 minutes per day talking to colleagues about non-work related topics versus 29 minutes for the average remote worker. Assuming a daily half hour is enough time to keep work relationships healthy and the additional 37 mins is invested in awkward chit chat and unfortunate hallway run-ins, this would give back 148 hours of time to each worker per annum ⏱️.

The reality is that the cost of distraction in open plan offices is high. A study from the University of California Irvine recently found that it takes an average of 23 minutes and 15 seconds to get back to a task once you have been distracted from it.

3. Provides Access to a Broader and More Diverse Talent Pool

Putting a job ad out there for a “UX designer, based in Denver” will inevitably be more limiting in terms of the volume and quality of applications than an ad for “UX designer, live wherever you are”. In addition, many cities suffer from low diversity and simply tapping into the local talent pool might make it hard to meet the diversity goals you have for your team. The impact of diversity on culture and innovation within an organization is well documented ?.

If I was given $1 every time I heard someone say “you know what, I’m actually kind of enjoying working from home” these past few months, I would be a wealthy man. In fact, a 2020 survey of 3,500 remote workers found 97% of them would recommend it – that is a pretty attractive NPS score ?.

The act of commuting is known to be the greatest driver of human unhappiness. Convincing evidence exists that connects long commutes to obesity, neck pain, loneliness, divorce, stress, and insomnia. A recent Swedish study found that people are 40% more likely to divorce if one partner has a 45 minute or longer commute ?.

There are also large cost savings to working remote. A recent Airtasker survey found that the average worker spent $4,523 per annum simply on fuel related to the office commute. In addition, remote workers save an additional $45 per annum on car maintenance and likely save money on coffees and meals, depending on office policies (which in many cases have become quite flamboyant). And while these benefits are to the employee, they soon measurably impact the employer – 1 in 4 workers say they have quit a job previously due purely to commute.

Finally, and moving beyond the commute into perhaps the biggest point I’d like to make here, facilitating your team members to live in the location that is optimal to them and their personality also increases well being and satisfaction. The Washington Post had an interesting piece recently that discussed Gallup data comparing where people lived versus where they want to live. What that found was that whilst most Americans live in big cities, they don’t actually want to be there. So what are they doing there? Likely the requirement to be there for the job is a big factor.

“whilst most Americans live in big cities, they don’t actually want to be there”

While the last 2 centuries have been defined by rapid urbanization – the shift from agrarian to industrial society and growth of cities – this century will likely be defined by a reversal process of “de-urbanization”, as people realize they can sustain, through the empowerment of technology and social change, a big city job whilst living the small town life ?.

For your typical company, wages are the greatest cost line and hover around 20-30% of gross revenue. The ability to tap into lower cost staffing markets can therefore have a big impact on the bottom line. Let’s use an example – say you are a San Francisco based company and currently have a 100 person on location workforce which you pay on average $96,000 pa (a total $9.6M wages expense). You decide to move to a hybrid remote model and now have 50% (or 50) of your workers in other locations such as Denver. Well the good news is that Denver salaries are 19% lower on average, so you have just cut out $912,000 in annual costs (or 10% of your total salaries expense). Not bad ?.

Another big cost line is rent. Average office rent in San Francisco is approximately $13,032 per employee. Back to your 100 person company – should you move all 100 workers to be fully remote (both those in San Francisco and other Denver-like locations), you are now also saving $1.3 million pa in rent.

There are likely other less obvious gains to be made. If we have achieved a healthier, happier, and more productive workforce per the comments above, we are likely also enjoying lower costs associated with staff churn and recruitment too.

10pm in San Francisco is 9am in Abu Dhabi. Your ability to manage a customer-facing operation (sales, support, etc) through a single office becomes significantly more difficult as you go global ?. Having a distributed team with an on-ground presence in different regions can allow you to better deliver across time zones and markets and deliver the kind of support you need.

Today in America, 77% of all workers drive to an office alone, 9% carpool, 5% take the bus, and under 3% walk. Unfortunately, whilst remote workers have crept up, so too has the percentage of people driving to work alone.

While we have all suffered in many ways under COVID these past few months, our world has actually thrived ?. Oil futures have gone negative and air pollution is at historic lows. A lot of this has been underpinned by the removal of the work commute from the daily ritual. Remote working, literally, might actually be the answer for climate change.

8. Companies have proven it can be done

Companies like Buffer, Stack Overflow, Toptal, Auth0, Zapier, InVision and the like have shown that it’s possible to build successful, larger scale companies with fully remote workforces. The tools for remote collaboration today are strong and are only getting better, and anyone who thinks that tangibles such as ping pong tables and free lunch are required to build culture are wrong ?.

We hope you enjoyed part one, the argument for remote work. Would love hear the thoughts, personal experiences and perspectives of anyone on the topic, so please share. Stay tuned for Nick’s follow up from the anti-remote corner next week!