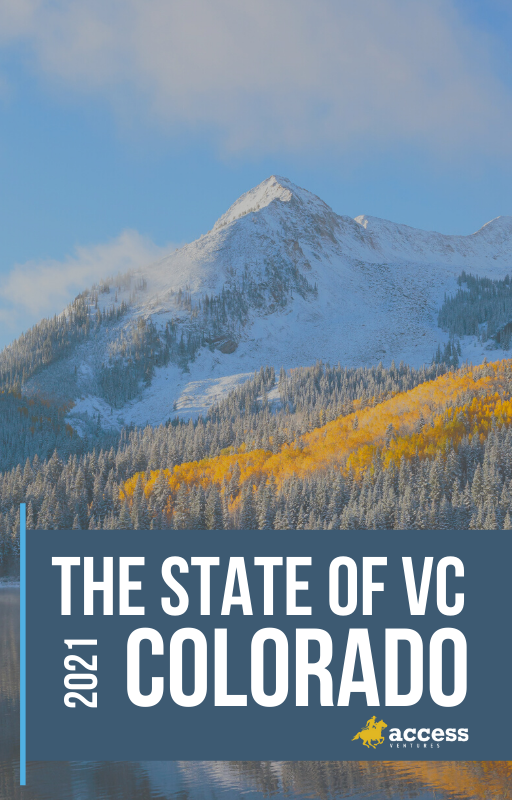 Let’s be honest. 2020 wasn’t the best year for VC funding and investment in the U.S. – much less in Colorado. However, 2021 was record-shattering both nationally and especially in the Rocky Mountain region.

As we’ve seen the impacts of the pandemic play out in dramatic movements & activity – the great resignation, the great migration, monstrous valuations, oversized rounds, an uptick in newly minted funds, unicorns popping up at an average of 10 a week, and a surge in special-appointed funds backing diverse & underrepresented entrepreneurs – it’s clear that Colorado is just a microcosm of the macro.

Of the 15 most active funds nationally, 5 of those firms topped the list for most pre-seed and growth stage investment here in Colorado – Y Combinator, SOSV, Tiger Global & Insight Partners. However, local seed stage firms still dominate the early-stage game demonstrating that the early, local markets are still a relationship game for now.

We can see also the effects of socio-political currents in the funding – women founders accounted for 3 of the top 10 largest deals in 2021, closing the highest amount of funding to date. Nationally, startups founded solely by women raised nearly $6.4 billion of venture funding in 2021, 83% higher than the total raised in 2020.

We partnered with OEDIT to crunch the numbers and analyze venture capital & investment activity in Colorado in 2021. We utilized OEDIT data for this report.

Listen to the conversation!

2021 stats on VC funding in Colorado:

New Colorado unicorns as of 2021

Early-stage consists of Series A and Series B rounds.

If you’re a tech company looking for early stage VC funding, reach out to us!